Pray against party’s break-up ahead of 2023, Prophet warns APC 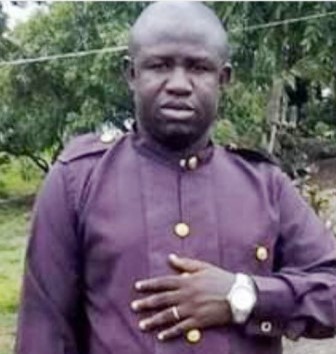 The General Overseer of The Apostolic Church, Ori-Oke Irapada, Omu-Aran, Prophet Christopher Owolabi has charged the leadership of the ruling All Progressive Congress (APC) to engage in fervent prayer against its possible break-up ahead of the 2023  general elections.

Owolabi gave the charge during the church’s crossover night service tagged: ‘For a Prosperous 2020 and Beyond’, in Omu-Aran, Kwara.

He emphasised the need for the party leaders, especially those at the top echelon to imbibe unity, tolerance and peaceful co-existence in managing electoral victory and entrenching good governance.

According to him, the call for prayers to avert unwarranted crisis that could jeopardise the party’s future chances and ensure good governance, was a divine revelation during the church’s service.

The Prophet maintained that the party’s leaders, particularly those steering nation’s affairs, need to stay focused, undistracted to steer the ship of the country away from its numerous challenges.

“As the ruling party, whatever that affect APC leadership definitely will take its toll on the entire country, positively or negatively.

“When two elephants fight the grasses bear the brunt and no meaningful development can take placed in an atmosphere of rancour and acrimony.

“For the party to remain intact the leaders need to close ranks and engage in prayers in that regard and when that happens, the country will also move forward.

“They need to put the nation above personal gains and political ambition to achieve its programmes and policies to better the lots of the citizenry,” he said.

Owolabi cited the lingering crisis between some of the party leaders and their god-fathers, saying such portends grave dangers not only for the party, but the desire to entrench good governance.

The cleric also prophesied socio-economic posterity for the country, saying that the present administration’s various economic revival policies would gradually manifest in the new year.

“The anti-corruption fight to revive the economy, the transport sector reform, the border closure policy, the coming up of private refineries, these are God’s design, being championed by the administration, to put the country on the path of economic prosperity.

Owolabi, who was known to have predicted the emergence of Senator Bukola Saraki as the President of 8th Senate, however, maintained that God’s design for a better and prosperous Nigeria could only manifest with the support and prayers of both the leaders and the led.

“God’s favour dwells in an atmosphere of unity, tolerance, peaceful co-existence, so achieving the desired developed economy requires a collective responsibility of stakeholders to succeed,” he said.

The man of God also urged the citizens to pray against incidence of fire outbreaks, road accidents and air mishaps in the new year.

He charged the youth to shun anti-social vices and be more prepared, morally, spiritually and academically in taking up the mantle of leadership in the nearest future.