Group Raises The Alarm Over Planned Demolition Of Saraki’s House 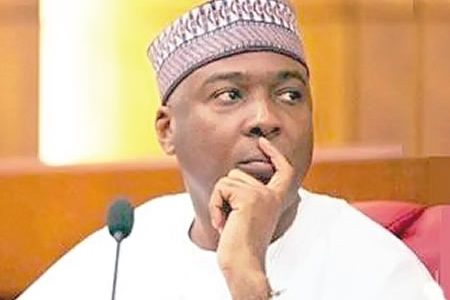 A socio-political organization, Olusola Saraki Legacy Group has raised the alarm over alleged plan by the Kwara State Government to demolish structures on Plots 1, 3 and 5, Ilofa Road owned by the  late Second Republic Senate Leader,
Dr.

The group in a statement signed by its co-ordinator, Zikhrullahi Abdullahi, alleged that at about 11.45pm on the eve of the new year, a senior government official led a demolition squad equipped with a bulldozer to Ilofa road with the aim of bringing down the structure on the land.

The group added: “However, the squad was resisted by a crowd of supporters of the Sarakis, mostly old women, who quickly mobilised and started shouting and vowing to lay down their lives instead of allowing any damage be done to the property.

“The old women told the squad that with their advanced age, they are not afraid to die and would be ready to lay down their lives.

“In a sudden twist, the government official received a phone call from an unknown person and then directed the driver of the bulldozer and other members of his team to withdraw while he jumped into a vehicle and drove off.

“The bulldozer was eventually traced to Ita Elepa where it was parked. It is believed that further attempts would still be made to demolish the structure on the property. Saraki’s supporters have since vowed to be keeping vigil at the frontage of the property on Ilofa road.

“Also, the family of the late politician has filed a suit challenging the revocation order by the Governor. The court process filed in the High Court, Ilorin, on Tuesday has since been served on the Inspector General of Police through the State Police Command while the state Attorney General has been served.”