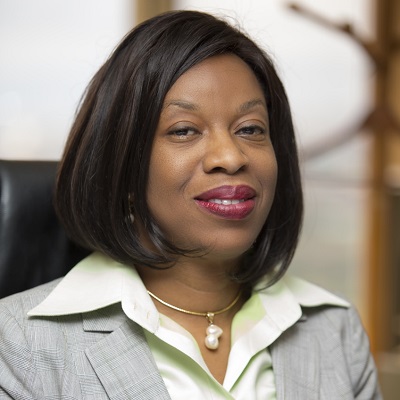 The group lamented that the one-sided approach of the minister to the crisis, which is threatening to engulf all the stakeholders in the power sector and erode the confidence of international community especially international agencies, has given room to question the neutrality and transparency  of the minister to the ongoing crisis which has seen.

They decried how one Dr Nnaemeka Ewelukwa is claiming to be the acting Managing Director of the agency, on the orders of the minister of power, without any authorizing letter from the president to that effect.

In a statement made available to media houses, Friday, and signed by Alhaji Omar Daura and Chief Babatunde Adeosun, chairman and secretary of the PPWS respectively, the power watchdog regretted what they described as palace coup in NBET, “Where 6 disgruntled staff who are not qualified to be in the positions that they are, are working with the full support of the minister of power, illegally  usurped the mandate given by the federal government to  Dr Marilyn Amobi, the managing director of Bulk Traders, by announcing the suspension of Dr AMOBI from her post as MD of NBET, without recourse to the Presidency  that first appointed her, speaks column of illegality on the highest order and abuse of power”.

The group also explained  further that NBET as a limited liability company, and  registered under the companies and allied matters act (CAMA) with a legally constituted board of directors including the Minister of Power and the minister of Finance, Budget and Economic Planning as chairman were appointed by Mr President.

“It is also important to let the general public know, the group added, that the MD/CEO of NBET is the only MD in government that answers to two ministries and ministers.

“More worrisome is the fact that just few hours after the purported suspension of Dr Amobi by the minster of Power, Dr Ewelukwa in conjunction with his sponsors and co-players, quickly released a press statement which was allegedly signed by one  Aisha Waziri of Corporate Services of NBET, stating that Dr Ewelukwa had assumed duty as the acting MD of NBET.

“But from our investigations, Aisha Wasiri is an oficer in the Research Department, not in Corporate Services as they falsely wanted the general public to believe.

“More over the woman in question has denied ever signing or releasing press statement purporting to have appointed Dr Ewelukwa, as acting MD, as she (Aisha), is currently in London, receiving medical attention”.

The group also disclosed that they are in-know that  Aisha Wasiri who is furious on the way her name was ‘falsely used’ to achieve Ewelukwa’s hidden agenda, has asked the claimers  to retract the statement attributed to her; and for Ewelukwa to show when she signed and addressed the press.

“We are forced to disclosed at this point that Dr Ewelukwa, the alleged claimant to the position of MD of NBET, does not possess the requisite cognate experience to lead this all important power agency, having put far less  work experience contrary to what he claims.

“Moreover, he has been the brain behind the crusade to oust Dr Amobi, from her post from the beginning, so that they will have all time to perpetuate corruption in the agency.
“This is to show you working minds of some of these people who are gangling to illegally take over from Dr Amobi.

“You will understand that what they want is just to go back to their corrupt practices in NBET, which the MD put a stop to, when she assumed duty in 2016”, they alleged.

The group therefore called on Ministry of Power to quickly issue a retraction of the suspension of Dr Amobi as MD of NBET and begin the process of probing and prosecuting Dr Ewelukwa for forging the signature purported to be that of Aisha.