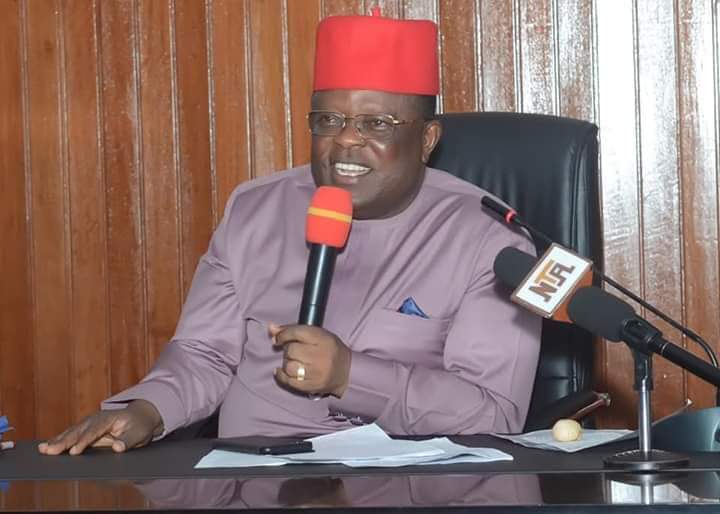 – Says Govt to takeover the facility

About 215 Staff and 30 patients at the Presbyterian Joint Hospital, Uburu, on Monday received a donation of 200 bags of rice, a cow and an undisclosed cash amount from Governor David Umahi for their Christmas celebration.

Umahi who was received by the Chief Medical Director of the hospital, Dr. Jinagba Akhime and others present instructed that each of the staff and patient must receive at least, a satchet of 5kg rice and N10,000  to assist them enjoy the season.

He expressed concern over the non-payment of their salaries which he attributed to some management lapses.

While he re-emphasized government’s preparedness to take over the hospital, Umahi assured the staff that the issue with their salaries would soon be addressed.

Akhime appreciated the Governor for the gesture which he described as rare, adding that the governor’s visit had added succour to the patients and staff of the institution.

In an interview, the Chief Medical Director further described government’s planned takeover of the hospital as a welcome development.

The hospital owned by the Presbyterian Church mission, established almost a century ago in Uburu, the hometown of Governor Umahi, was recently engulfed in crises which had obviously taken a negative toll on both its management and operational standards.

While it still provides some medical services to people across and beyond the state, many patients often complain that the quality of its services had declined tremendously.

With government taking over the hospital as indicated by the governor, it is expected that its past glory would be restored.