Igwe in Nasarawa urges Igbos to cooperate with host communities 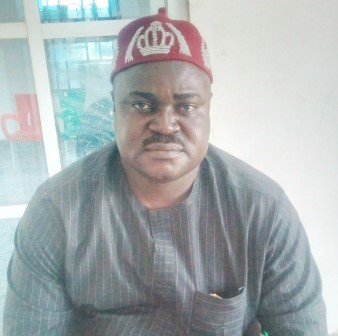 The newly coroneted traditional leader of the Igbos in Kokona local government area of Nasarawa State, Igwe Prince Anthony Ononye has called on Igbos to respect and cooperate with their host communities as he promised to operate an open door policy to all Igbos the local government in order to encourage meaningful developments and to also promote peace and unity to the area.

The Igwe made this known while thanking the paramount ruler of Toni Chiefdom, His Royal Highness, Abaga Toni, Chief Lawrence Sylvester Ayih II at his palace in Garaku, the local government headquarters who bestowed the title on him, recently.

He urged his people to continue supporting and respecting the paramount ruler owing to the fact that he has significant gestures for Igbo people in his Chiefdom.

Prince Ononye who is the Chief Executive Officer of AU Onoyi Oil and Gas Nigeria Limited said: “I came to Garaku in 1988 and I was into vehicle spare parts business before I enrolled into oil and gas business. Everybody in this local government knows what I can offer and what I can’t.

“Since I came here I have been in peace with the people irrespective of the differences we have in the cultural and other aspects of life endeavours.

This local government is one of the most peaceful in the state and we the Igbos are very happy to be here, because we have not encountered any problem.

“On this note, on behalf of Igbos in this land, I am short of words to thank HRH Lawrence Sylvester Ayih ll. However, I wish him long life and prosperity”.

He continued, “So I have a very good blueprint for Igbos and the entire people of this local government. By the special grace of God I will carry everybody along and assuring all and sundry that I will operate an open door policy, because I am in this position to serve and not to be served.

“Before I became the Igwe, I rendered so many good gestures as regards developing this land. As you can see, almost all my investments are situated here. Over the years, I have employed many people from here to be working in my companies, and from what I am putting on ground, many others will be engaged again”.

He however used the occasion and described Governor Abdullahi Sule of Nasarawa State as an achiever and unbiased leader, calling on the entire Igbos to accord him support to enable him succeed with his programmes.

Earlier on, the Abaga Toni said, after  some consultations he deemed it imperative to bestow the said title to Prince Anthony Onoyi urging him to continue to be a good ambassador of the Chiefdom.