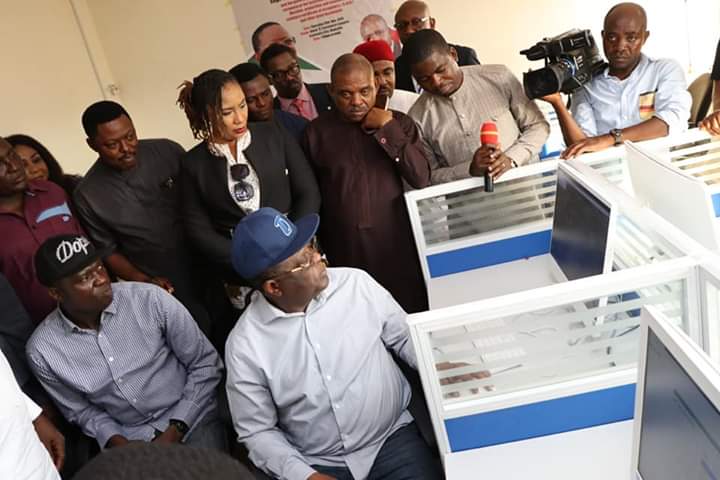 Ebonyi State Government has directed the re-certification of all lands and buildings across the urban areas of the state for integration into the data base of the State Ministry of Lands and Survey.

Governor David Umahi gave the directive on Thursday, November 28, during the official commissioning of the Ministry’s newly installed server machine at its headquarters in Centenary City, Abakaliki.

Umahi also directed the office of the Secretary to State Government to liaise with the State House of Assembly to legally enlist three other local government areas in the state; Ohaozara, Ivo and Afikpo into urban status for economic and administrative reasons.

The governor who extolled the new digitization technology of the ministry, noted that the modern title certification and re-certification would help to effectively check encroachment into government lands as well as fasten processes for issuance of Certificate of Occupancy and other title documents.

Umahi said: “Re-certify all lands, all buildings, and we will have everything in the data base.

“And all government lands, as matter of coordinate, must come inside this data so that if  someone wants to do C of O, we will first of all certify if it encroaches into government land and if it does then, you will not approve it.

“Do certify all lands especially within the capital city.

“SSG will do a letter to the House of Assembly to integrate Afikpo, Ohaozara and Ivo as urban areas so that we can start generating revenue from those areas.

Earlier in his address, the Commissioner for Lands and Survey, Moses Oshibe commended the governor for revamping and re-equipping the Automation Server unit of the Ministry as well as providing it with alternative power source.

He noted that the revitalization of the automated system would enhance internally generated revenue of the state, productively engage ministry staff and serve as a toast for estate developers.

Oshibe explained, “Ebonyi Land Registry was automated in the year 2009.

“The automation server machine served for some years and developed fault. This fault was managed to a point when the frequency of breakdown and attendant cost of rectification not only was so much but obviously impossible.

“His Excellency, our able, dynamic, workaholic and digital governor aware of these anomalies decided to salvage the situation by installing a Server Machine – INTEL XEON E-5 2630 @ 2.40 GHZ capacity, (which is over and above the former installation), 10 work stations and its ancillaries.

“Also to guarantee the full live span of the machine and equally solve the problem of power supply, a 15KVA Solar Panel was installed.”

Oshibe further solicited the governor’s assistance for provision of 18-seater bus, operational bulldozer for demolition exercises and additional printers and scanners for the ministry’s use.