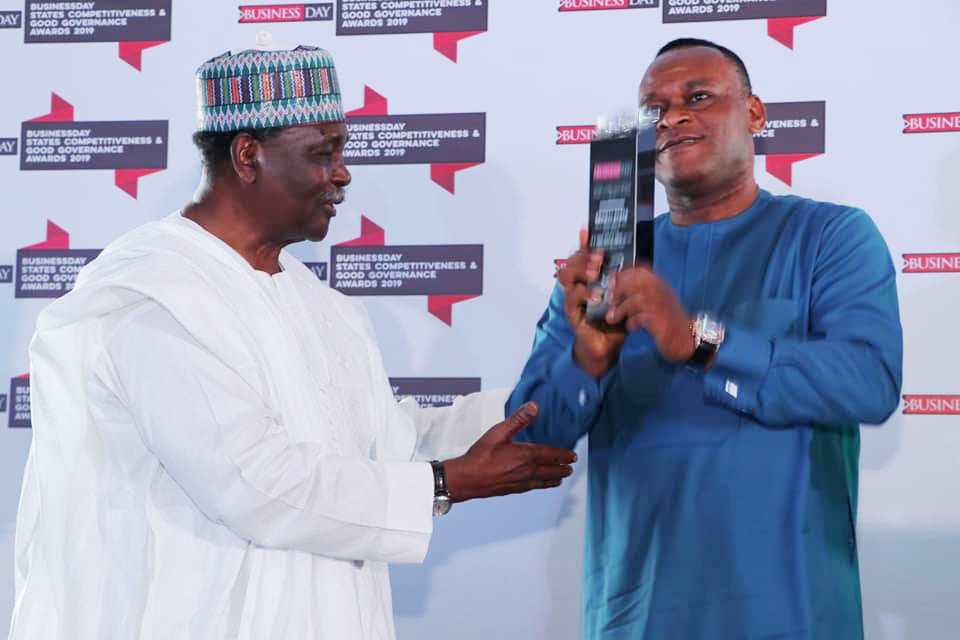 In recognition of his good works in his state, Governor David Umahi of Ebonyi has been honoured with the 2019 Best Performing Governor award in Nigeria.

This was made known in a press statement signed by his Special Assistant on Media, Mr. Francis Nwaze via his Facebook page, on Wednesday, November 20.

Revealing the development, the SA Media said, “The Ebonyi State Governor, Engr. David Nweze Umahi, has won the award of the best performing governor of the year 2019 by Business Day Media. The award was conferred on the Governor tonight, 20th November, 2019 at Transcorp Hilton Hotel, Abuja. It is borne out of the general public opinion/assessment.

“The Business Day Newspaper had nominated four best performing Governors from all the 36 states governors and they were put forward for the public to criticize and make their final decision on whom the cap fits. As a result of the popular opinion, the Governor, Engr. David Nweze Umahi emerged ceremoniously.”

The Francis Nwaze further said that Umahi emerged the best governor following his performance in the areas of infrastructural development, healthcare, education, tourism, agriculture in the state.

“The basis of the award is that Governor Umahi’s projects, policies and programs have given a noticeable and enviable facelift to every sector of the state economy. From urban and rural infrastructural development to healthcare, education, tourism, agriculture, Ebonyi State now wears a new look.”

The award was conferred on the Ebonyi Governor, Engr. David Nweze Umahi by Business Day Media and Presented by the former Head of State, Federal Republic of Nigeria Gen. Dr. Yakubu Gowon, GCFR.

The Governor was represented by his deputy, Barr. Kelechi Igwe.