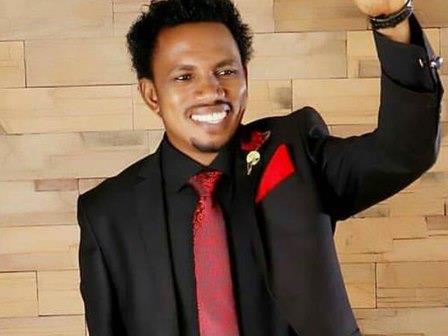 The senator representing Adamawa Northern Senatorial District in the 9th Assembly, Ishaku Abbo has through his official Facebook page congratulated the Senator Binta Masi Garba over her ordination as a “Minister of the gospel of our Lord Jesus Christ; a shepherd of the flock of God”.

Senator Ishaku said, “I want to hereby make it abundantly clear that I bear no grudges”.

Recall that the National Assembly Election Petitions Tribunal for Adamawa State and the court of Appeal sitting in Yola had declared and upheld Senator Ishaku Abbo as the authentic winner of the seat for Adamawa North in the Nigerian Senate after been dragged over to the court by Senator Binta Garba.

Abbo who stated that he floored Senator Binta Masi Garba with 18,000 votes in 2019 National Assembly Election and “never spoken anything negative against her nor attacked her person either in the open or in the private” as a political rival.

Read the full text below:

I want to congratulate Senator Binta Masi Garba (BMG) on her ordination as a minister of the gospel of our Lord Jesus Christ. A shepherd of the flock of God.

Recall also, that Throughout my campaign which spanned well over two years (since 2017), I have never spoken anything negative against her nor attacked her person either in the open or in the private.

I also cautioned my supporters to campaign based on issues and not personal attacks.

As surprising as this will sound, I gave money to APC leaders in my ward to mobilize people to welcome her and attend her rally during her campaign tour to Muchalla Ward.

I also used my Facebook wall to call on my supporters to welcome her well to Mubi and indeed to Fali Land.

While I expected my distinguished sister and now a Pastor to reciprocate my humane and loving gestures and accept the outcome of the election as the will of the people and most importantly as God’s verdict, I was surprised that BMG was the architect of organizing a mob against my name, dragged me to the election petitions tribunals, took me to the court of Appeal saying I stole her mandate. I hired three (3) SANs and spent so much money.

These monies could have been sunk into a more profitable venture to benefit our long-suffering people of Adamawa North.

I want to hereby make it abundantly clear that I bear no grudges.

For the records, I believe this wonderful Amazon, a shining example of hard work, dedication to duty and a classic example of “beauty with brains” loves her people.

It is not easy to be in the National Assembly for twenty years (20 years). Senator Binta is a role model for our women.

I want to invite you, my distinguished sister and pastor, to join hands with me to help our people.