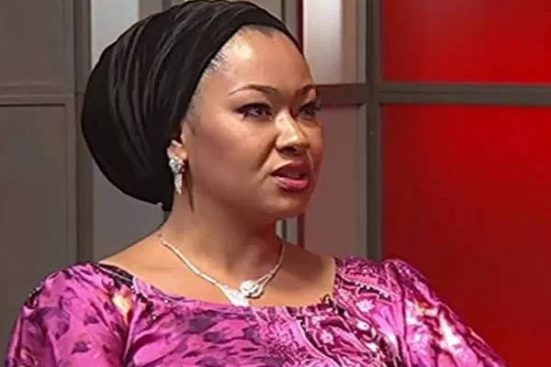 About 24 hours after her campaign office in Lokoja, Kogi State capital was razed by unknown persons, the candidate of the Social Democratic Party (SDP), Natasha Akpoti, has been reportedly attacked and beaten by yet to be identified, while the police watched.

Though, Akpoti has accused the incumbent governor and candidate of the All Progressives Congress (APC), Yahaya Bello of masterminding the burning down of her campaign office, it is believed she will soon bare her mind on this latest occurrence.

The attack on Tuesday, November 12, is reported to have been carried out at IDRINANA Hotel in Lokoja, a place where the Independent National Electoral Commission (INEC) was holding its stakeholders meeting ahead of the Saturday poll.

According to a report, injuries were sustained and one vehicle in the SDP convoy was seriously damaged.

Meanwhile, Inspector-General of Police, Mohammed Adamu, INEC national chairman, Professor Mahmood Yakubu and other prominent citizens including traditional rulers were said to be among those teargased while the unrest lasted.