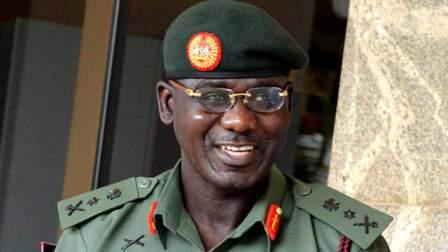 In their efforts to bring sanity, unity and to assist the downtrodden among themselves the chairman board of trustees of the 81 Battalion Old Boys and Girls Association of Nigeria (BOBGA), Colonel John Aboh (Retired), has called on the Nigeria Army Chief of Staff to extend their good hands of fellowship to the children of the country’s falling heroes or retired soldiers in order to encourage them to face the challenges of life in all ramifications.

Col. Aboh who made the observation in an exclusive interview with our correspondent during the association’s third convention held in New Keffi Hotel, Nasarawa State, at the weekend, said the negatives perspective of people towards barracks boys and girls needed to be addressed, describing them as the most discipline children ready to contribute their quota towards the development of the country.

“The barracks of 81 Guard Battalion here in Keffi was established by me and one Col. Zubai retired. Honestly speaking, in retrospect, we were trying to invite General Buratai to come here today, but it was not possible maybe due to exigency to duties.

“However, the message I will convey to the Nigeria Army Chief is that they should come forward to encourage this army children, that have decided to come together to bring themselves up. They should come and encourage them in various aspects of life.

“They can bring in certain things like learning of trades. In the areas of recruitments they can give them extra advantage to enable the army children to represent their parents who suffered to make this country one. As I am speaking to you now, I have bullets in my body.

“So if my child goes for interview or recruitment with all the necessary impetus in the army and he is no taken, do you think I will be happy? I will not be happy because I want him to carry my gun and that is my message to the army Chiefs”. The BOT chairman of 81 BOBGA said.

On his part, the president of the association Sc. Al. Aliyu (Lulu KK) said the aims and objectives for the association include: to advance and encourage the welfare, education and social reinforcement of its members, to liaise with other organizations, 81 Aborigines, government and non-governmental organizations to advice the cause of 81BN Barracks Boys and Girls Association both at home and in the diaspora among others.

According to him, the association has purchased a land worth N3.5 million to establish gainful projects for the unemployed and also spent some meaningful sum of money for charity.