Umbugadu will continue to provide dividends to Nasarawa – Engr Kefas 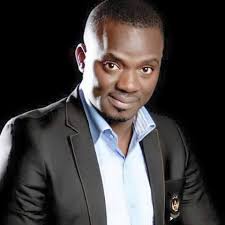 A Nasarawa West Senatorial zone based politician engineer Kaura Kefas has said that despite the fact that Ombugadu was ‘rigged out’ of victory at the last polls in his quest to govern Nasarawa State, he will never get tired as regards providing the people of the state with social amenities.

Kefas who made this known in an exclusive interview with our correspondent in keffi, recently, during the screening exercise for Ombugadu’s free individual’s enrollment into National Health Insurance Scheme, said Ombugadu will continue to contribute his quota towards the betterments and development of the people of the state.

According to him, the Peoples Democratic Party, PDP, in Nasarawa State are doing everything humanly  possible to ensure Ombugadu reclaims his victory at the appeal court saying that Ombugadu won the said election with massive votes, but was denied victory by powers that be.

“We will follow up with His Excellency David Ombugadu’s case to a logical conclusion, because everybody in the state knows that PDP won the state governorship election in the last election, but the position we find ourselves in today one cannot question God.

“Ombugadu is a philanthropist  per excellent. You can see that he is no longer in power today, but he is still helping people. This NHIS exercise is a project that all the three senatorial zone are benefiting from. In fact God will see him through”, Engineer kefas stated

Answering a question whether PDP in Nasarawa State will give Ombugadu automatic ticket to be the party’s candidate in 2023 election in case appeal ruling did not favour him, he said:” For now I am an individual so I cannot speak on this issue, but I am assuring you that PDP nationwide is very organized in virtually all aspects.

“So we will do the needful when the time comes as regards your question, but I want to use this medium to urge all our PDP associates to continue praying for the likes of David Ombugadu, Jonathan Gaza, Francis Orogo and many others too numerous to mention to enable the party remain intact between now and 2023 general elections”.