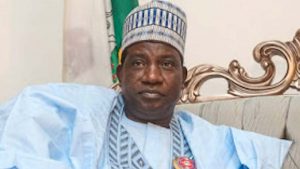 The entire Shendam Local Government Area of Plateau State, the hometown of Governor Simon Bako Lalong and chairman of the Northern Governors Forum is experiencing total blackout for the past six months, which has affected businesses and other activities in the area.

Mr. Kefas Diyal, a music producer and Miss Magdalene Mairiga, a hair dresser, who spoke with our correspondent in Shendam said they sometimes find it difficult to convince their customers who are used to subsidizes price when there is power from the electricity distribution company.

Reacting on the prolong blackout in the area, the president of Goemai Youth Movement, Mr. Agwo Martin Dagen accused the Jos Electricity Distribution Company of failure in meeting the needs of their customers.

He complained over the lack of power supply, charges on estimated billing and illegal disconnection by the staff in the area even before the light finally went off totally for more than six months now.

He said even when the youths went and protested at the branch office in Shendam, the people in the office only apologized to them with a promised of addressing the issue, but to no avail.

Mr Dagen said for sometimes now there has been no light in Shendam and they set up committee who follow up the issue up to Pankshin, but nothing was been done about it till date.

“Shendam’s light has been a recurrent  issue that needs to be addressed by the power company, it is pathetic and quite unfortunate to hear that the local government of the sitting governor on the Plateau is suffering this neglect for this long”, the GYM president said.

Mr. Dagen called on the Jos Electricity Distributing Company JED to better address the issue and restore power in the locality before it get out of hand.

Responding to inquiry by our correspondent, the Area Manager of the Jos Electricity Distribution Company in Pankshin Sub-station, Mr. John Obong explained that the problem in Shendam was as a result of the challenge they had with some of their lines that couldn’t make the light pass to Shendam from Pankshin Power Station, but that the company had work to some extent and will soon resolve the problem.

“Presently, the light has not been stabilized, but we believe that as soon as the light stabilizes it will pass through Langtang to Shendam by the grace of God”, he said.

Though he could not give an assurance on how soon the people have to wait, but regretted the untold hardship been experience by their esteem customers at this moment, and appealed to them to exercise patience as work is in progress to restore the light in the area.