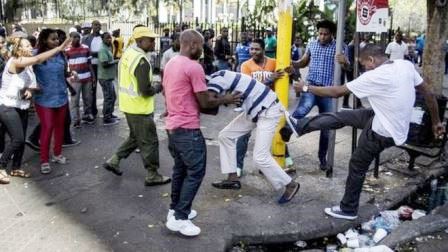 Report has emerged that there is a renewed attack on Nigerians living in South Africa.

This was said by a source who claimed the attack took place in a place called Mpumalamga.

According to the report, the leadership of Nigerian Citizens South Africa (NICASA) and the Nigeria Consular General to South Africa are gathering information on the development.

Recall that Nigerians and other African nationals living in South Africa have been under intense attack in the Rainbow country, which later subsided, but report has it that it is not yet uhuru.