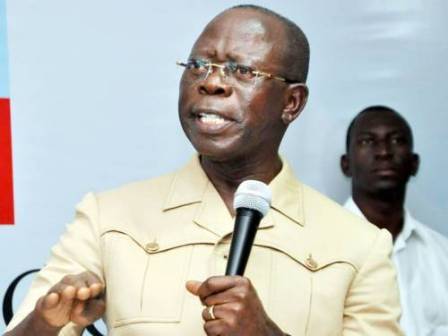 The ruling All Progressives Congress, APC, has raised the alert that the opposition Peoples Democratic Party, PDP is trying to unleash violence ahead of the November 16 governorship election in Bayelsa and Kogi states, calling on the security agencies to take note.

The APC made this call in a press statement signed by the national publicity secretary of the party, Mallam Lanre Issa-Onilu and made available to media houses by the assistant director, publicity, Mr. Edegbe Odemwingie.

“The All Progressives Congress, APC, is alerting the security agencies to an orchestrated plot by the Peoples Democratic Party, PDP, to unleash violence in the lead up to and during the November 16 governorship elections in Bayelsa and Kogi states.

“Already, the PDP is creating an atmosphere of fear and stage-managed violence, while playing the victim so as to scare voters from coming out on election day to exercise their franchise.

“It is instructive to note that violence has been the election winning strategy for the PDP during its inglorious 16 years rule. The strategy started to fail them from 2015 and particularly in the 2019 elections. This strategy will fail again on November 16.”

The political party equally called on the security agencies to take serious action against the opponent, PDP, for dishing out threat against the Kaduna State governor who doubles as the chairman of APC Kogi State National Governorship Campaign Council.

“We strongly call on security agencies to take seriously PDP’s recent threats to the Kaduna State Governor, Mallam Ahmed Nasir El-Rufai who is the chairman of the APC Kogi State National Governorship Campaign Council, to “steer clear” of Kogi State during the electioneering period.

“One asks, why has the PDP refused to embark on any major campaign in Bayelsa and Kogi states? They are clearly not planning for a credible electoral process. We have confirmed PDP’s grand plan to rather than campaign, compromise security agents and electoral personnel deployed for the governorship elections.

“In Kogi, defeat stares PDP in the face and because they do not have any answer to Governor Yahaya Bello’s tremendous accomplishments, they have decided to create an atmosphere of fear, stage-manage violence and are typically getting ready to cause chaos on election day.

“In Bayelsa, the centre has completely fallen apart for the PDP with the gale of defection of many party stalwarts and senior appointees of the outgoing administration of Governor Seriake Dickson into the APC fold. The massive and post-partisan popularity of the APC candidate, Chief David Lyon is visible to the blind.

“We have received reports of arms stockpiling and vote-buying plans by PDP elements in Bayelsa State. We have also confirmed reports showing plans are afoot to stage-manage violence to disrupt the election while blaming APC.

“Currently, the APC campaign trains are rounding off ward and community levels campaign all across Kogi State. A formidable campaign council has been inaugurated by the National Working Committee (NWC) under the leadership of the Kaduna State Governor, Mallam El-Rufai. The council boasts of seven serving governors and several experienced political leaders of our party”, the statement read.

Similarly, the APC has set up a campaign council for the Bayelsa governorship election under the leadership of the Jigawa State Governor, Mohammed Badaru with several serving governors as members. This is in demonstration of our desire to win election by securing majority votes in both states under free and fair elections.

“We must collectively resist PDP’s plot to rubbish the successes we have recorded in the conduct of credible elections since 2015. We urge the electorate to defend their votes to ensure progressive leadership in the states.”