Governors have no justification to steal, says Engineer Sule 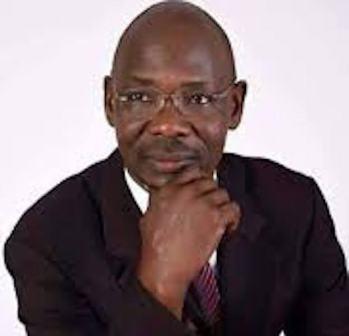 Nasarawa State governor, Engineer Abdullahi Sule has said any person elected as governor of a state has no justification to steal public funds.

According to the governor, any person elected as governor and is found to be stealing public funds requires deliverance from God.

Engineer Sule pointed out that governors are well provided for such that only a diabolic person will resort to stealing.

“When I assumed office as governor, I realized that only those who have no true knowledge about God could steal or that their major preoccupation is to steal public funds.

“Any person who is a governor and is stealing, then such a person is in need of deliverance,” he stated.

Engineer Sule used the opportunity to call on scholars and educated elites to join politics as a way of bringing sanity to the system.

He dismissed insinuations that one must be wealthy before joining politics, stressing that as long as religious scholars avoid politics then they should be prepared to elect leaders who will betray their trust.

The governor equally called on Islamic scholars not to relent on telling the people the truth, even at the risk of rejection, urging them to aspire for leadership positions.

Mounting the pulpit, Engineer Sule cited copiously from the holy Quran as motivation for scholars not to give up telling truth to the people.

Speaking at the event, Sheik Sani Yahaya Jingir, National Chairman, Council of Ulamau of JIBWIS, charged Muslim fateful on the need to be law abiding, stressing the importance of seeking both Quranic and western education.

The Muslim cleric decried the level of moral decadence in the country’s educational system, especially with recent reports of sexual harassment of female students in some universities.

Sheik Jingir called on university lecturers to put the fear of God in their work and to henceforth desist from molesting their students.

Mubarak Abdulkarim from Niger State emerged the overall winner of the national Quranic recitation competition, carting away a brand new Siena donated by Engineer Sule, as well as a cash prize.

Dignitaries that graced the occasion include, Deputy Speaker, House of Representatives, Rt. Hon. Ahmed Idris Wase, members of the House of Representatives, traditional leaders led by the Emir of Lafia, HRH Hon. Justice Sidi Dauda Bage, among others. Winners of the various categories of the competition carted away various prizes including cars, motorcycles, electronics and cash.