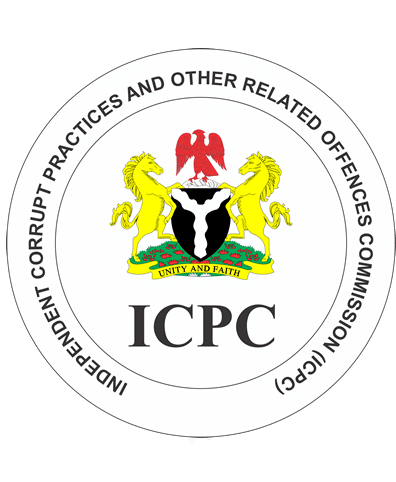 In their quest to meet up with the responsibilities saddled upon them by President Mohammed Buhari to wipe out corruption in the country, a board member of the Independent Corrupt Practices and other related offences Commission, ICPC, Mr. Dauda Yahaya has said that their Board had initiated modalities on how to recover bailouts funds given to states by the federal government.

The ICPC Board member who made the assertion in an exclusive interview with our correspondent in in keffi, Nasarawa State on Monday, October 14, saying the federal government was budgeting a lot of money sending to local and state governments to execute programme, but the monies are not judiciously utilized, and federal government cannot sit back and watch such.

His words:”When federal government is sending a lot of money to both local and state governments and at the end of the day some few people will just use the money for their personal interest at the detriment of the majority who are suffering and dying in abject poverty.

“If at all the money that the federal government is budgeting for the benefit of Nigerians every year since 1999 till date have been utilized properly, we wouldn’t have been where we are today. Unfortunately, that is the case.

“I want to use this medium to tell Nigeria that we are working and by the special grace of God we shall achieve what we want”.

He continued, “Since we were inaugurated by President Mohammadu Buhari, he mandated us to give him our maximum support. In fact, mostly in the agencies where chunks of the money have been syphoned, and going by the oath we have taken with our respective holy books; Quran and Bible, we must do whatever we can to help in the fight against corruption, because the fight is not ours alone rather it is for all Nigerians.

We have designed programme, which we have started working on. What we first have on ground is the system studies. Our men use to go to agencies, parastatals and ministries to study their activities and bring feedbacks to us and whatever we find is lacking we invite them over for advice, and if they refuse complying, we arrest them.

We have also designed constituency projects tracking which is the first of it kind. I am the chairman of the this committee. We have sent our men to about 12 states and they have gone round the to the constituencies supervising and have reported back to us which as a result we have revolked some important items and gave them back to the owners”, he said.