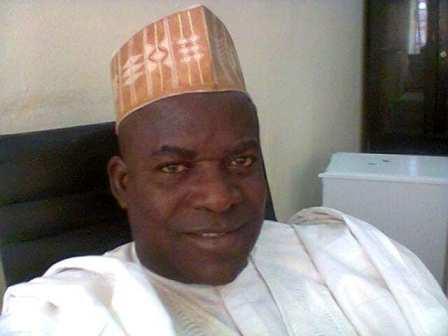 A professor of political science who has lectured with the National Open University of Nigeria, Kamaluddeen Ahmed Bello has said that one of the major problems which militate against the progress of the country was in the hands of  her elites who solidly believes on ‘operation show certificates’ syndrome at the detriment of the intellectual knowhow.

The university don who made this known in an exclusive interview in Keffi, Nasarawa State on Friday, October 11, few days after he presented his inaugural lecture at the NOUN, Abuja, said many Nigerian elites have certificates, but they lack intellect, knowledge and wisdoms  required to develop the country.

His words:”Our problem in Nigeria is with us the elites. Many of us have certificates, but the intellect, knowledge and wisdoms are not there. You most have knowledge, wisdom to back up your certificate. We have certificates in different colors and sizes all over Nigeria and we use the certificate to judge individuals and follow them as well forgetting that the certificate is only a paper that some holders cannot defend.

“For instance, if my car spoils, a road side mechanic or electrician will be able to repair it , but if I call on their equivalent working with government or agencies with Bsc, HND or other academic certificates they can’t do it. Yet we pay them huge money because of certificates.

“There’s nothing wrong with our democracy now or governance rather it is the people behind it. When you are talking of institutions the institutions cannot run without the people. There are no people to run this country rather what we have in Nigeria are just the certificate individuals without knowledge and wisdoms. If you go everywhere you will see them and you will be crying for the country.”

He continued, “How can we be out of these problems? Some people with ordinary papers without knowledge and wisdoms are in key positions and they’re making decisions on everyone”.

On the issue of different misconducts that has become the order of the day in the country’s higher institutions of learning, professor Bello said,” Of recent I was on live programme with Liberty Television discussing rampant cases of sexual harassment going on in our tertiary institutions. I told them that every institution is having their rules and regulations in the said aspect as well as punishments for such acts.

“We don’t need any law again from somewhere rather what we need is courage from heads of departments, deans of faculties, university senates, managements and the governing councils to implement appropriate punishments to perpetrators.

“It will interest you to note that some of the categories I mentioned are not ready to implement punishments because of religion or tribal sentiments.

“I know of one head of department somewhere who sold examination questions papers to students. He was cut in the process and was dismissed, but another university reemployed and promoted him at the same time. So who are we fooling?”