Gov Umahi orders imprisonment for those who blocked his convoy 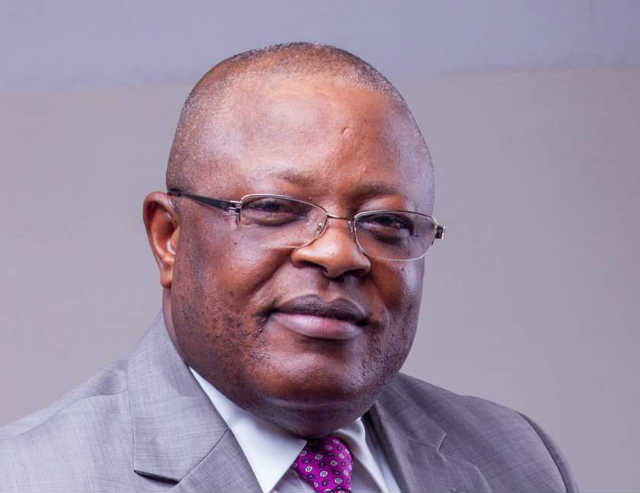 Governor David Umahi of Ebonyi State has ordered the immediate arrest, prosecution of all those involved in a recent road block against his convoy.

The governor’s convoy was reportedly blocked along Onicha road in Onicha local government area of the state on Friday night, October 4, while on his way back to the state capital, Abakaliki, from his hometown, Uburu in Ohaozara.

The road block was said to have been mounted by a group of people observing a wake-keep sequel to a burial ceremony in the area.

Narrating the incident at the Executive Council chambers on Saturday while receiving some guests, the governor decried the development, describing it as criminal breach of the law.

He alleged that the culprits made away with a gun belonging to an Army officer and expressed worry over what they could have done if it had been an ordinary victim that encountered them.

Enraged by the development, the governor has also pronounced a ban on holding wake-keeps and other of such ceremonies beyond 10pm across the state.

He had also detailed his security aides to ensure that all the culprits were identified and brought for prosecution.

Umahi narrated:”Yesterday night, I was coming back by 12 midnight, of course I had to stop over at the college to inspect projects…, but when we got to Onicha, they blocked the road.

“Even with the litany of army and the Police and everything, they did not want to open the road.

“Then I ordered they should all be arrested, but most of them ran away.

“I think they even took a gun of an army.

“So the Chairman of the Local government, the House of Assembly members and coordinators, they are working very hard and the SSA on Security: they are all there to sort it out.

“But I say, all of them will go to prison.

“So they have to identify them, bring them here and we will prosecute them to show example.

“And I want it to be announced that henceforth, no wake keep should pass 10pm…

“If you must exceed 10pm, take written permission from the chairman of the local government area, and both the chairman and the person that requested will be held responsible if any problem occurs.

“This should be widely circulated and properly announced.

“My problem is not that they blocked the governor, but my worry is supposing that it was a smaller person that was passing, who had no army and police, they would have robbed the person.

“That’s what it means.

“It is against the law to block the governor, and if anyone should be killed in the process, it is in accordance with the law.”