I would Never Fail Youths of This Country – Senator Abbo 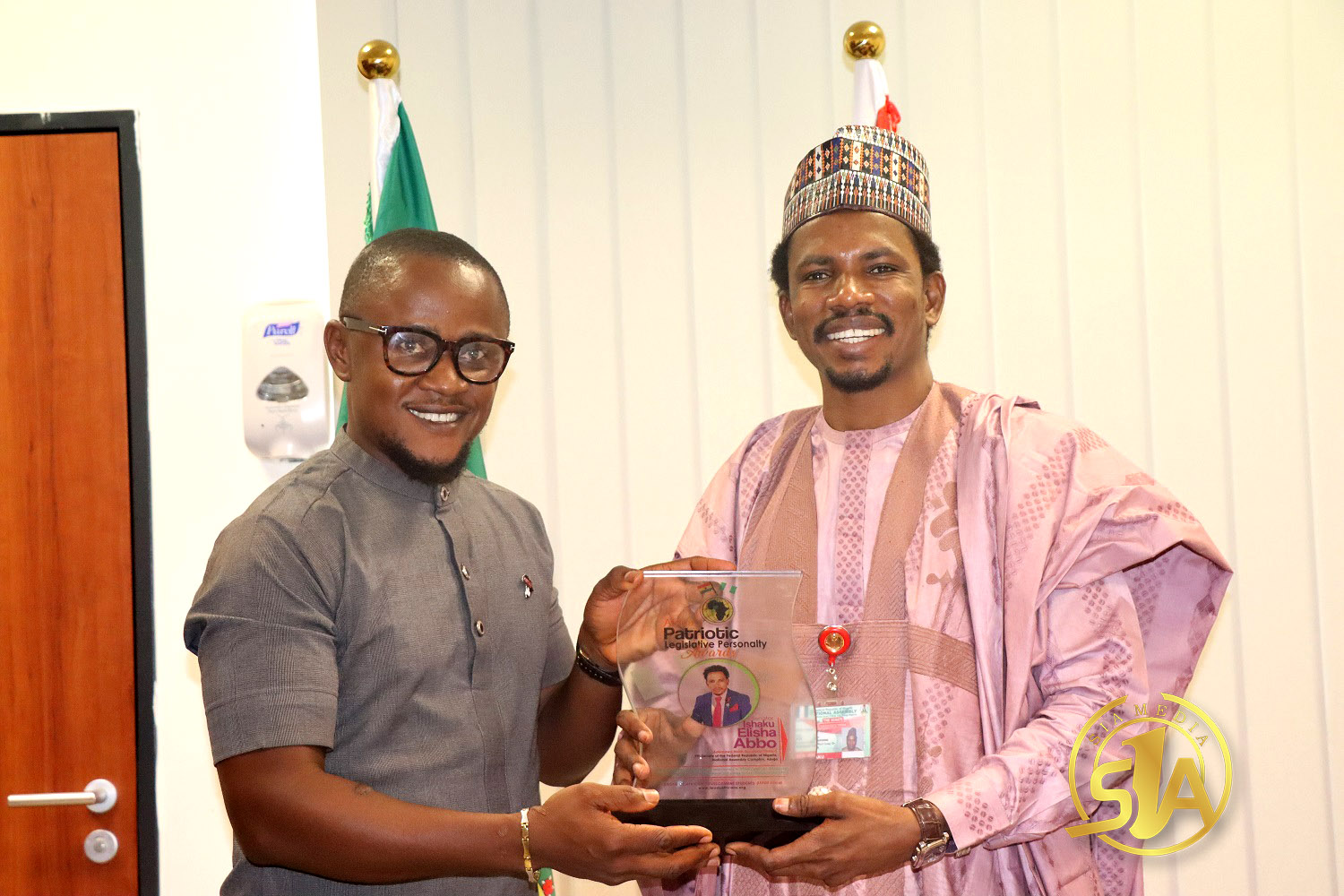 The Parliament for League of African Development Students (LEADS) – an organization formed in 1985 at the Bayero University Kano on Monday, September 30, paid a historic visit to the youngest senator of the Federal Republic of Nigeria, Ishaku Abbo who is representing Adamawa North Senatorial District, and have conferred him with an award of “Africa’s Patriotic Legislative Personality.

The umbrella body for all democratic students union in Africa with the core objectives of sensitizing young persons of democratic and development best practices  Africa has said the Senator Ishaku Abbo has “proven to be sagacious, ingenious and posses a rare and exquisite skills, equipping him for the immense and outstanding services he has rendered to Africa’s Quest for Economic development, job creation via manifold assignments and oversight capacities, contributing immensely to development and self-reliance of Africa”.

The Leader of the delegation Morgan Gabriel, from UPSA Ghana, noted that organization has “found in the senator an erudite and proven authority in Africa’s public service and corporate business practice space per excellence, a spartan revolutionary advocate for a modern Africa, inspiring various community and human capacity development and an outstanding philanthropic deeds and a patriotic par excellence”.

While receiving the award, Senator Ishaku Abbo thanked the delegation and reconfirmed his commitment to the development of his senatorial zone, Adamawa, Nigeria and Africa as a whole.

According to Abbo, his mandate is to serve the people of Adamawa North and by extension, Adamawa State, Northeast Nigeria and Nigeria at large, and promised to keep up submitting cases that affect his people to the senate till a solution has been provided to these communities.

Senator Abbo expressed his dismay with the current state of the country citing that when he was growing, primary school teachers have quarters where they reside and perform their duty as demanded.

“Today secondary school teachers in so many secondary schools, Principals do not have quarters where they can live; they don’t even have salaries talk more of asking for a car loan. Are we going forward or backwards, it means that the entire things our founding fathers have built have been destroyed…” He noted.

Senator Abbo added that “Our founding fathers built a lasting institution for us to dwell in”.

He also mentioned that “in the 1970s, hospital and roads that were created for eighty million people, but now more than two hundred million people are using it”.

The senator encouraged the youths to continue fighting for the betterment of Nigeria, and crave for development at all times.