Woman in Abuja falls down from a moving bus 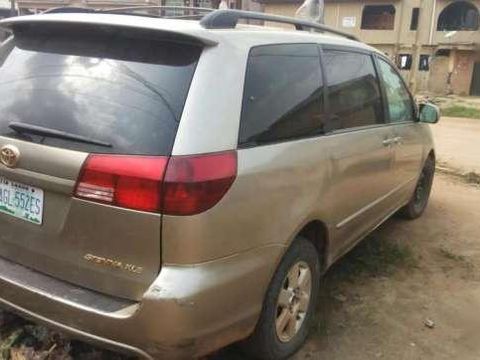 It was dramatic on Friday, September 27, in the evening, around the Third Gate of Apo Mechanic Village Estate when a woman was trying to reverse her Sienna bus at a sloppy area, the motor began to run backward in full speed.

The woman who was carrying her husband at the front seat of the bus, lost control when it started slopping in full speed.  Her husband quickly jumped down and was making frantic efforts to wage the bus, but his efforts proved abortive.

Many of the mechanic boys in the area also ran out from their shops and supported the man, all to no avail, and the terrified woman out of fear and confusion abandoned the steering and jumped down and she was knocked down by the door of the motor.

Luckily for them, they were able to control the speed of the car when it had already slopped to the main road.

Meanwhile, three young unsuspecting ladies could have fallen victims, because when the incidence began, they thought the driver was just reversing, but with the shouts from people, they discovered that danger was looming and escaped for their lives.