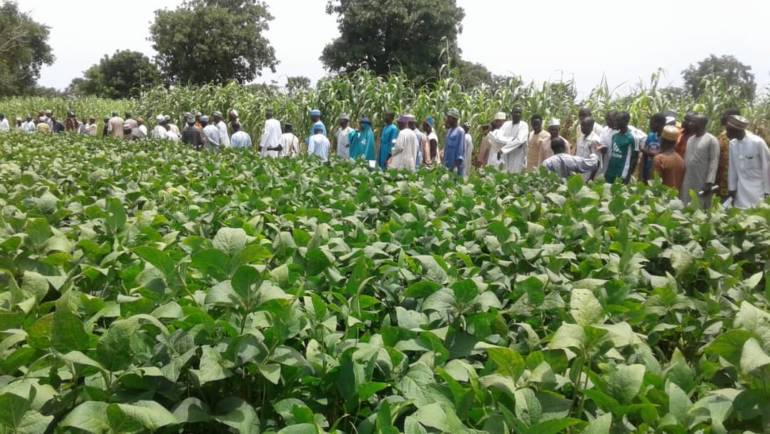 The national coordinator and managing director of Nigeria Farmers Group and Cooperative Society, Mr. Tedheke Retson has said that if Nigeria is interested in further development then there is need to invest massively in agriculture in order to eradicate activities of kidnapping and other forms of heinous crimes in the country. He urged the government to pay more attention to the plights of the rural dwellers.

Retson said this during a press conference with some selected journalists in his office at kokona local government area of Nasarawa State on Monday, September 9, stated that majority of Nigerians that lives in the rural areas lack basic infrastructures such as health care among others.

He said his group was able to acquire 3,000 hecters of farm land at Ga’ate owing to the fact that the said community has identified that they will benefit from them

His words, “Britain became the power house of the world is because they invested so much in the 18th century. So the point is clear that any country that is interested in development must invest in agriculture and the people at the rural areas or else activities of kidnapping, hoodlums and Boko Haram will not stop.

“Boko Haram will not have problem recruiting new soldiers why? Because majority of Nigerians are in the rural areas and they lack infrastructures such as basic health cares and many others.

“So, once the people of a community identified that the system is ready to take care of them including their salaries I can assure you that the kidnappers you see today will become people who are capable to rule their state tomorrow”.

According to him, Nasarawa State lands and it’s people were the biggest resources and not religious segregation.

Retson who said their farm employed more than 3000 people from Ga’ate community and from other 10 neighboring communities also stated that in the next two months from now 25 trailers will be carrying their processed and packaged Ga’ate gold rice to Nigeria markets.