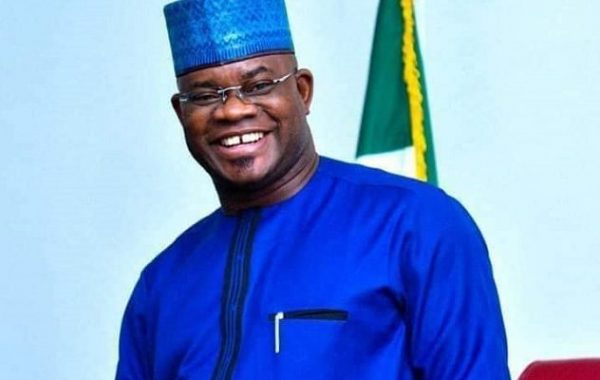 With the emergence of Engineer Musa Wada as the candidate of the opposition Peoples Democratic Party, PDP to challenge the incumbent Governor Yahaya Bello of the ruling All Progressives Congress, APC, Barrister Natasha Akpoti of the Social Democratic Party, SDP, and others, the battle is now set between vibrant people of Kogi State to slog it out on November 16. In this special report, NATION’S PRIDE MOSES OKORIE outlines the chances of these candidates.

In the APC primary election, held on Thursday, August 29, in Lokoja, the state capital, out of a total of 3,596 delegates that were accredited, Governor Yahaya Bello secured 3,127 votes.

The margin of this victory is already generating serious concerns to those who think politics is a ‘game of number’ since Bello hails from a minority ethnic nationality, Ebira.

Yahaya Bello found his way to Kogi Government House following the demise of late Prince Abubakar Audu of the APC who was already cruising home to victory before his death was announced. Bello was made governor in his place having emerged second in the APC primary election. But this is time for him to test his popularity as former President Goodluck Ebele Jonathan did in 2011 having inherited power from the late Umaru Musa Yar’Adua.

On the other hand Musa Wada is from the majority, Igala, an ethnic nationality that has been in control of power since the return to civil rule in 1999 with the late Audu serving as governor, followed by Ibrahim Idris and later Idris Wada; all of the same Igala nation.

Engineer Musa Wada, the younger brother of the immediate past governor, Captain Idris Wada emerged the flag-bearer of the PDP having polled 748 votes to defeat his closest rival, the son of an ex-Governor Ibrahim Idris, Abubakar Ibrahim Idris, who scored 710 votes at the party’s primary.

Also in the race is Natasha Akpoti of SDP who emerged winner on Thursday, August 29. Akpoti secured the party’s mandate with a total of 751 votes and 11 invalid votes from 856 SDP members in the state.

Unlike the typical Kogi politics, the major contenders in this election are youths and only time will tell who emerges winner on November 16, 2019.